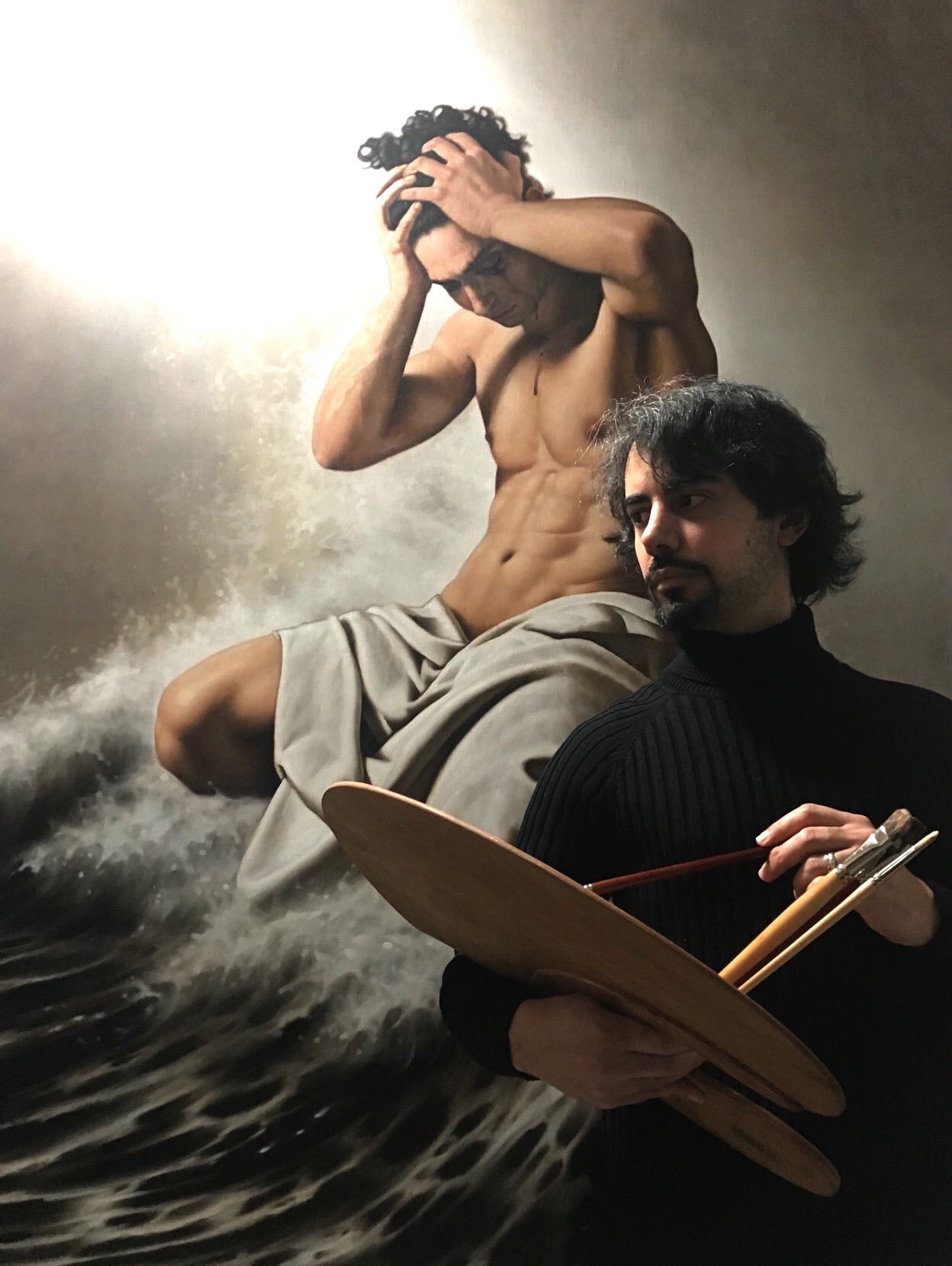 G D (b.1982) is an Italian figurative painter living and working in Rome, Italy.

After graduating in 2006 at the Academy of Fine Arts in Rome, Dante distinguished himself as an artist of contemporary revival of classical painting.

His work emphasizes, through the body and myth, symbols immutable over time, the emotions of human soul, such as atemporal values, therefore contemporary in every time. The painting of Giorgio Dante has its roots in traditional methods of Old Masters. Italian art of Michelangelo Buonarroti, Leonardo Da Vinci, Raffaello, inspired him to paint since his childhood and influenced his choice to pursue an academic figurative technique, focused on Neoclassicism and 19th century European painting (William Bouguereau, Lawrence Alma-Tadema, Lord Leighton, John William Waterhouse, Paul Delaroche, Jean-Jacques Henner, The Pre-Raphaelite Brotherhood, etc).

He exhibited in Europe and Usa. 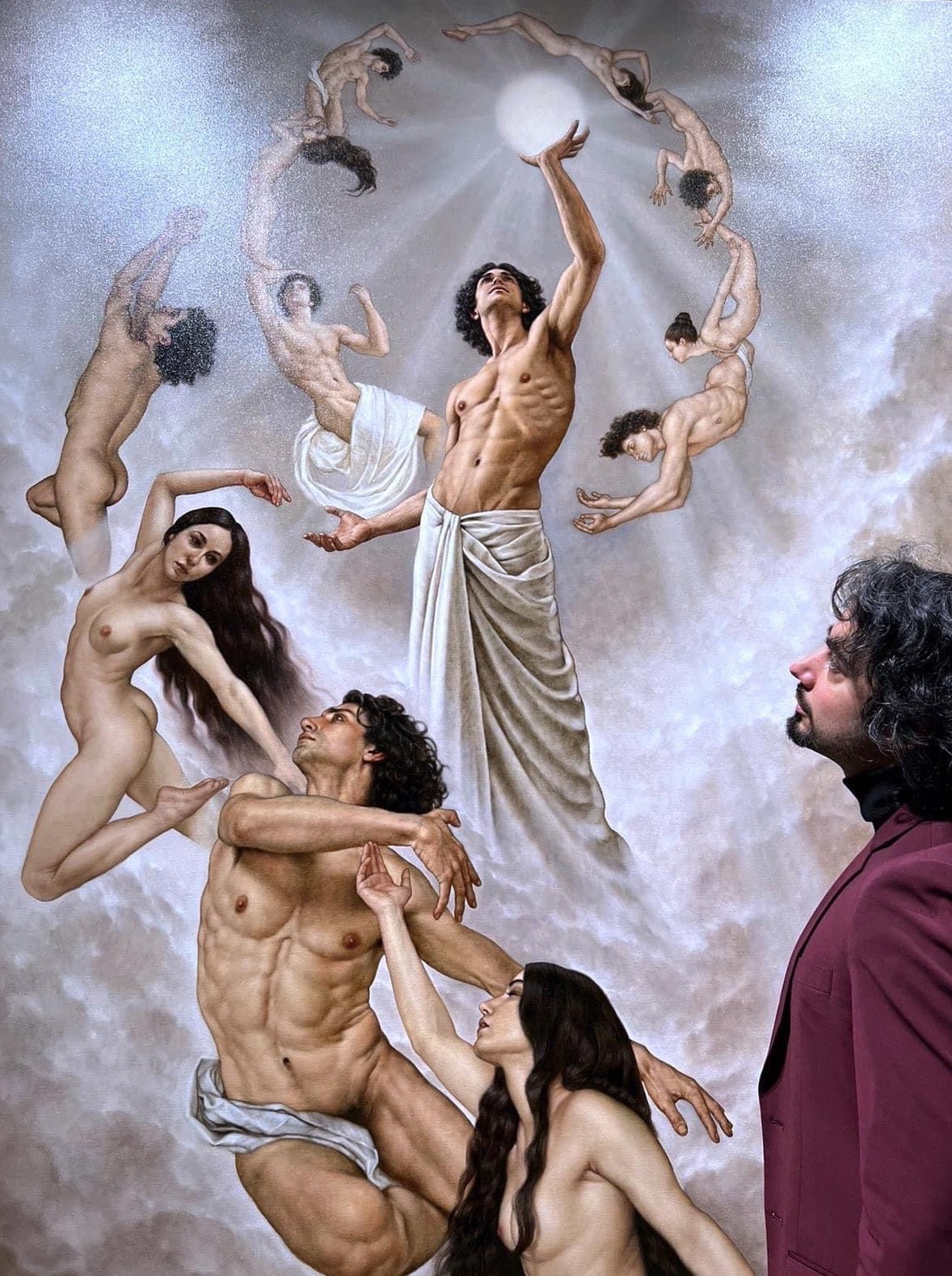 2017 – Donation of “Saint Francis of Paola and the Miracle of the Resurrected Fish” painting to Province of Cosenza, Italy.